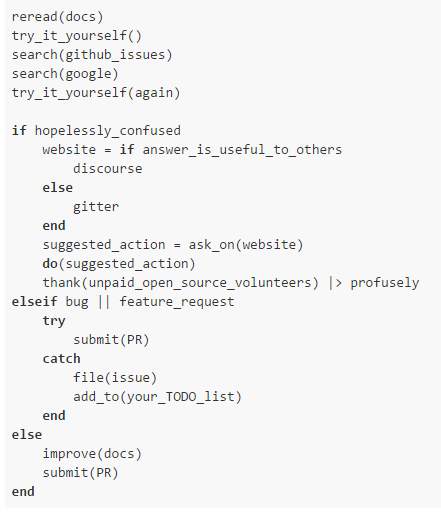 Power up your favorite editor (maybe Juno?) and make some code changes to the repo.

After applying changes, you'll want to "commit" or save a snapshot of all the changes you made. After committing, you can "push" those changes to your forked repo on Github:

From the Julia REPL, run Pkg.test(name="Plots"). This will try to plot the tests, and then compare the results to the stored reference images. If the test output is sufficiently different than the reference output (using Tim Holy's excellent algorithm for the comparison), then a GTK window will pop up with a side-by-side comparison. You can choose to replace the reference image, or not, depending on whether a real error was discovered.

On a git push the tests will be run automatically as part of our continuous integration setup. This runs the same tests as above, downloading and comparing to the reference images, though with a larger tolerance for differences. When these error, it may be due to timeouts, stale reference images, or a host of other reasons. Check the logs to determine the reason. If the tests are broken because of a new commit, consider rolling back.